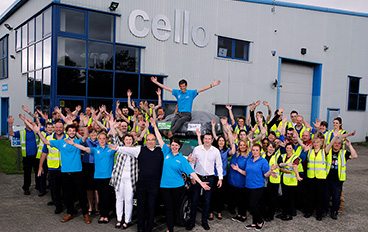 Cello, a British manufacturer of LED TVs based in Bishop Auckland, is supporting the brave ‘Yorkshire Yaks’ driving team, led by terminal cancer survivor Adam Alderson, on a gruelling six week, 10,000 mile charity ‘Mongal Rally’ from Yorkshire to Mongolia, in aid of Macmillan Cancer Support and the Steve Prescott Foundation.

On Saturday 15th July 2017, the Yorkshire Yaks will drive two 15-year-old cars across 20-24 countries, with the aim to finish the rally road trip, completely unassisted, in just six weeks. Cello chose to be the major sponsor for the Yorkshire-based fundraising team on this mission after learning about the miracle story of the Yaks’ team leader, Adam Alderson, who in 2015 was diagnosed with a rare form of cancer, Pseudomyxoma Peritonei (PMP).

After exhausting all other medical options and aged just 35 years old, the aspiring rally driver made the difficult decision to undergo a 17-hour operation to remove and transplant multiple organs, including the removal of a 10kg tumour. As the world’s youngest survivor of aggressive surgery of this type, Adam is aiming to raise £20,000 for Macmillan Cancer Support and the Steve Prescott Foundation, both of which played an essential part in saving his life.

As part of the sponsorship deal and promise to continue spreading the word of the amazing feat that touched the hearts of the British manufacturing company, Yorkshire Yaks have covered their rally cars in the distinctive turquoise and white Cello branding that will be transporting the team through their mission to Mongolia.

Brian Palmer, CEO of Cello commented: “The Yorkshire Yaks are a true inspiration to us, taking on a remarkably difficult challenge to help improve the lives of other cancer sufferers. Adam’s extraordinary journey is a testament to never giving up, and Cello is very proud to be sponsoring such a motivating and determined charity team.”

Adam Alderson, team leader of Yorkshire Yaks, also commented: “If someone had told me two-years ago that I would be facing the adventure of a lifetime I wouldn’t have believed them. But now, here I am travelling across 24-countries in the Mongol Rally, a true test of mental and physical strength, endurance and team work. To have Cello as our main corporate sponsor has enabled our dream of completing this epic journey to become a reality. Cello has also helped us to raise funds and awareness of how there is a viable option for POP patients. Not only do we have the amazing support of the Cello brand, we are hoping to do their clients, suppliers and their team proud.”

About Yorkshire Yaks
The Yorkshire Yaks are a fundraising team from Wensleydale, North Yorkshire, who will be taking part in the Mongol Rally 2017, an event deemed to be ‘the greatest motoring adventures on the planet.’ With team leader Adam currently the youngest person in the world to survive the complicated PMP cancer surgery, the Yorkshire Yaks are hoping to raise money for Macmillan Cancer Support and the Steve Prescott Foundation. 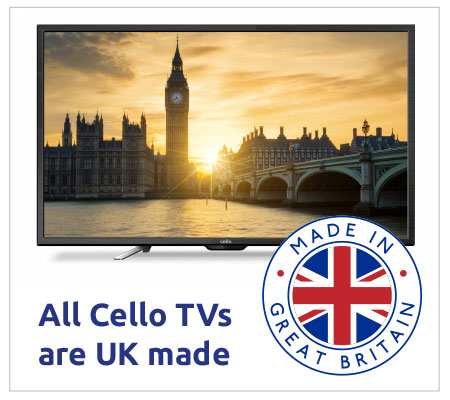 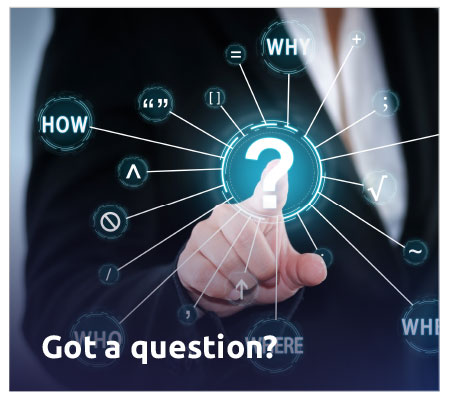 Select the fields to be shown. Others will be hidden. Drag and drop to rearrange the order.
Click outside to hide the comparison bar
Compare
Compare ×
Let's Compare! Continue shopping
CHOOSE YOUR TV
WHERE TO BUY